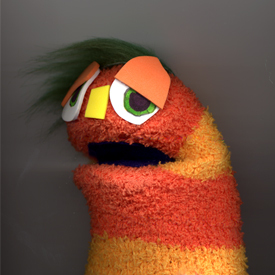 Sebastian Metaphor has not received any gifts yet

Hey, what's up everybody, my name is Sebastian Metaphor, you guys probably know me better from my full band project, Werewolf Tuesday, or else from this dude Marty's Sock Puppet Portraits. He's completely weird, but he's a good guy, you should check out his stuff. Buy it on Etsy while you're getting some cool headbands.

So, yeah, I started writing some of my own songs after Werewolf got kind of big.
Check out my solo song:
>Why's It Always Rainin' On John Cusack?

I still love rocking with Werewolf, but it can be a little confining, you know? Plus - they never write any songs about werewolves!

I know what some of you guys are thinking - more hipster malarky. You know what - you're probably right. I give a crud about my hair and tight pants and my cool shirts and cool music and I live in Brooklyn - so I guess a lot of people might call me a "hipster". And then spit on me. Heck, I often spit and/or drool on myself.

But the thing is, unlike a lot of the people I meet at Union Pool, I actually care about all that stuff - it legitimately interests me, and I make no bones about it. So suck it up.

OTHER INTERESTS
Tight pants and cool bands don't interest me as much as table-top gaming, though. My hero and friend for life - E. Gary Gygax. Rest in peace, old buddy. Those awesome-weird dudes from Uncle Monsterface (that guy Marty again) even wrote him a song. Those guys KNOW how to stay true to their geek heritage. So true it can be frightening - but it's also pretty awesome.

Ok, I'm rambling about D & D and pop culture again, but here's the deal - I make songs about stuff. The end. Just don't touch my hair. Ever.

BAND MEMBERS
This is mostly a solo project, but my buddy from Uncle Monsterface, Paradise Dan Brennan, has helped out a lot with some of the guitars and recording. That kid's money, and he'll do ANYTHING for a drink.

And movies with John Cusack in them.

SOUNDS LIKE
A way inside and out. When you are twisted or else just turning and you can't tell. It sounds like those insides churning as your eyes sit close and closed. So close, hands hold. An untold pre-amble disassembled from a 12-sided die gone perfect 20. Cash Money, d-30. Werewolves. John Cusack movies. Steve Jackson games.

Don't take this personally, but you really need to get beaten up. No, wait, take it personally... 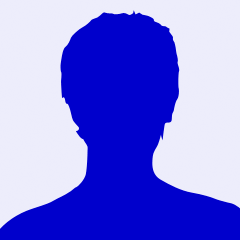